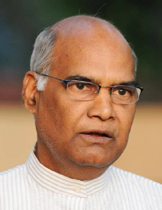 He has been a member of Uttar Pradesh Vidhan Parishad (Legislative Council) for two terms, 1978–84 and remained the Leader of House, of the Council, 1990–96. Subsequently he remained a member of Bihar Legislative Assembly (MLA) for three terms, 1996–2009, and remained the Leader of Opposition in the Assembly, 2003-07. He had also served as Urban Development minister in the Uttar Pradesh cabinet under Mayawati (in the BSP-BJP combine), and also in the Kalyan Singh ministry earlier.He was sworn in as governor of Bihar on 23 August 2018.